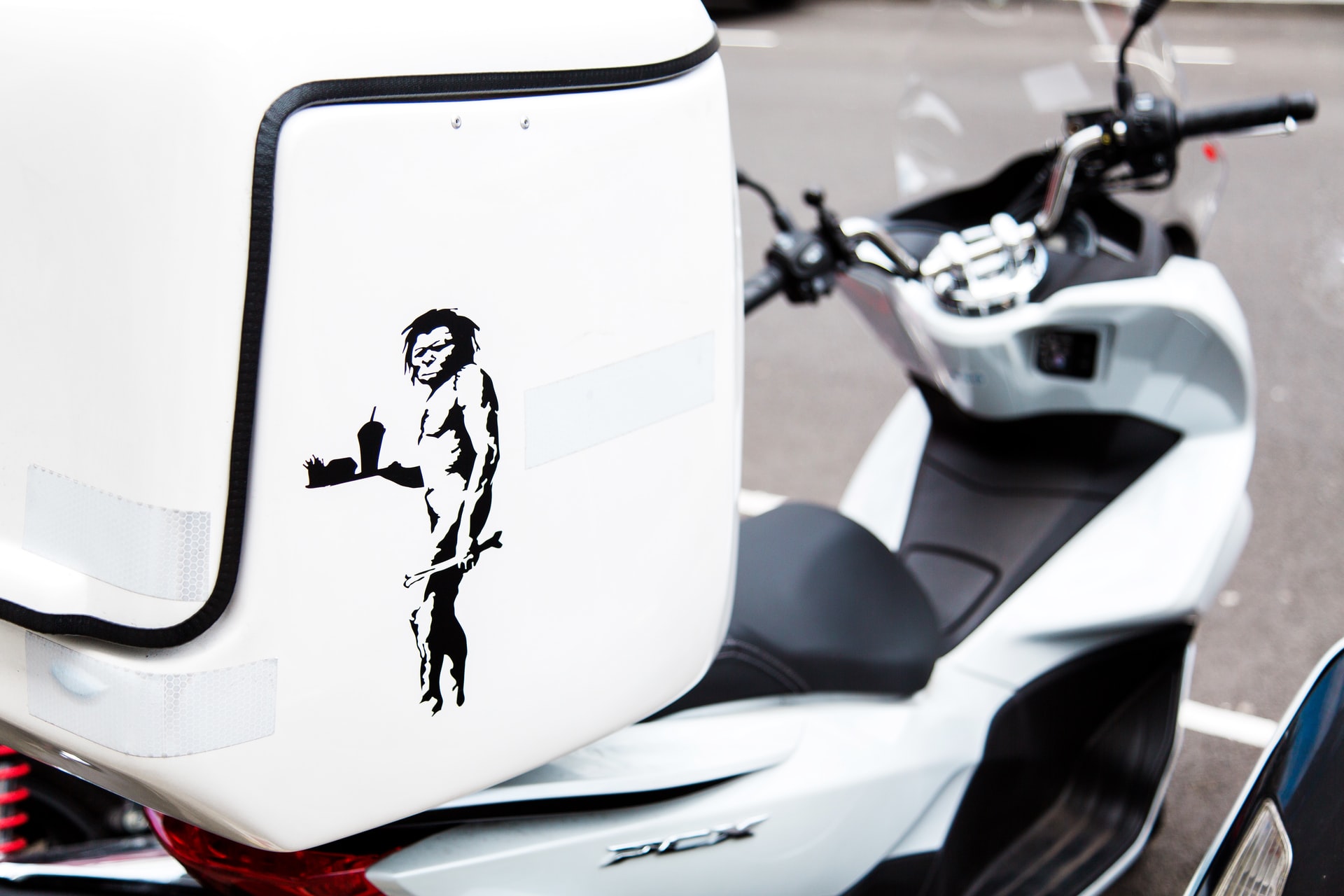 Some people would say that Banksy’s style is nothing new and is hardly innovative for modern-day street art. However, one should not forget that the elusive mural painter started his graffiti career in the early 90s, and back then, it was a breath of fresh air for the industry. As of today, Banksy is more of an individual brand and a mark of quality that people easily recognize and value. He doesn’t need to compete with anyone, and yet his noticeable style, or rather how it is used, deserves a special mention. So, can you create street art like Banksy? And what is his secret?

At the onset of his career in Bristol, Banksy painted freehand. Such a way of painting had a serious drawback: it took a while before you could complete a mural because you needed to remain unnoticed, not to be captured by police or even wandering citizens. That’s what inspired the artist to use stencils which became his main weapon against time limits.

Using stencils is a surprisingly simple and effective technique that both saves your time and allows you to spray paint very quickly. In one video on Banksy Instagram page, viewers had a glimpse into the scene of how a London Underground worker was creating art like Banksy. The chances are that it was Banksy in disguise. He applied paint using an expected stencil method: previously prepared sheets of cardboard with cut-out forms are pressed to the surface. After that, he sprayed it on and got a painting. Using a simple marker pen, he then added more texture and details to a mural.

Stencils are a perfect choice for small- and middle-sized works. When it comes to large-scale murals, you have to mix them with other techniques. If you wonder what paint you should use to create art like Banksy, the answer is simple – a good old spray paint can. Air brushes and rollers are even better, but they are needed for bigger wall paintings.

Banksy didn’t invent stencils, and yet the underlying concept and ideas of his works are what make Banksy art so unique and recognizable. Answering the question of whether you can start creating art like Banksy or not, the answer is yes and no. Copying stencils is indeed possible, but what is more important is whether you will be able to impregnate your art with ideas as Banksy does. That is the challenge!