Banksy art can be found all around the world, from New York City to Sydney. Sometimes, though, you can encounter his murals in the most unusual places. Bethlehem, Palestine, is but a good example. This West Bank city—the so-called stalemate in the Israel-Palestine conflict—became the art arena for the elusive artist. The presence of Banksy in Bethlehem is felt from the first minutes of being in the town. So what did the street artist leave behind himself in such an interesting place?

Banksy chose Bethlehem for a reason. First of all, it is the city separating Palestine and Israel, two hostile countries that have been waging war for more than 54 years now. It is no wonder that the conflict has been attracting extensive attention worldwide for so long. Nowadays, the situation still sparks off heated debates, which has led to the polarization of global politics. And Banksy cannot stay silent.

“Girl Frisking The Soldier” is one of Banksy’s most iconic murals. He created it not far from the Intercontinental Bethlehem Hotel. Nowadays, it is preserved and covered under plexiglass. 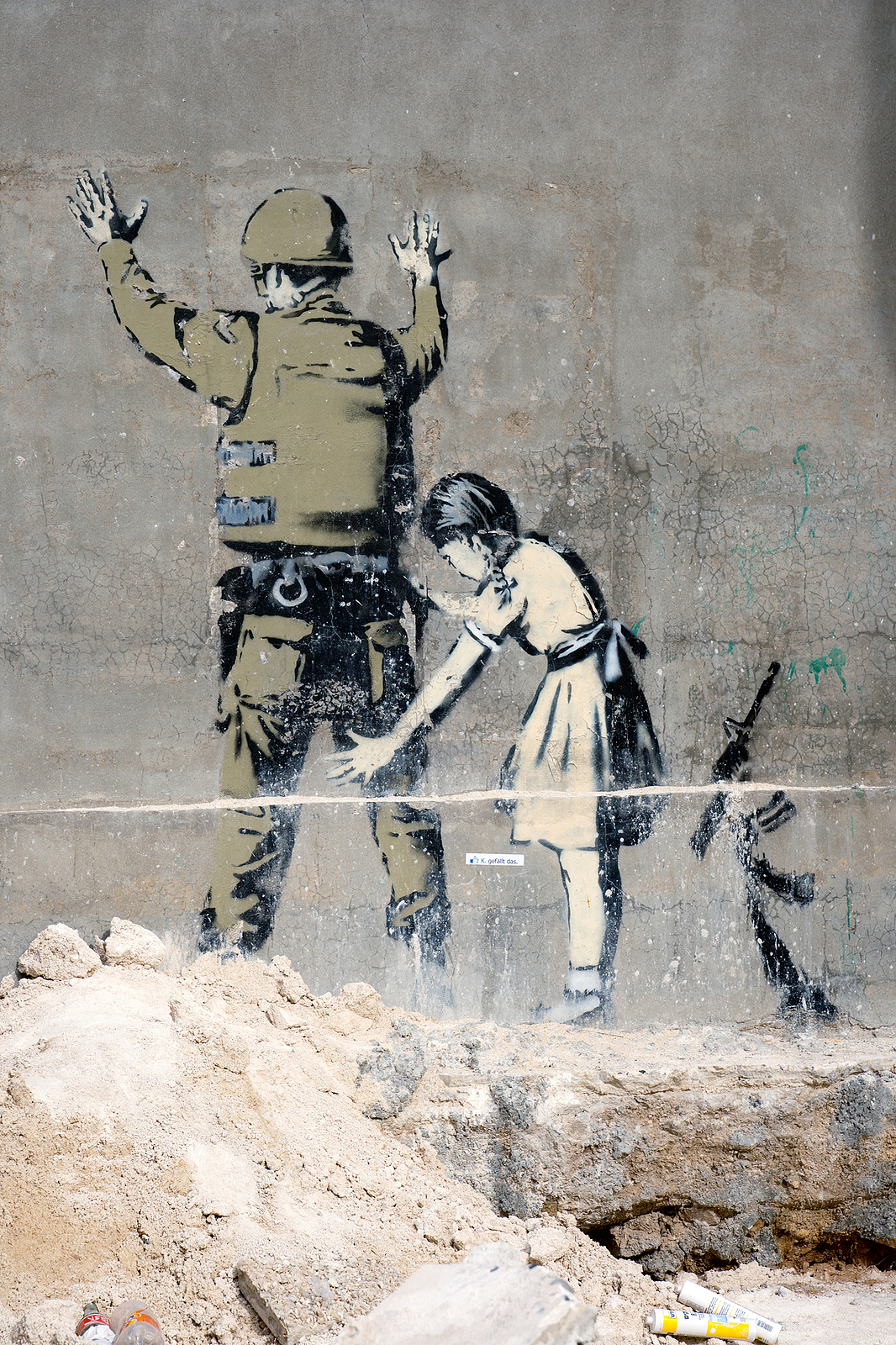 “The Armored Dove” is easier to find, as it is painted on the wall of the Palestinian Heritage Center. The interesting fact: the little bullet holes on a dove are, in fact, real. 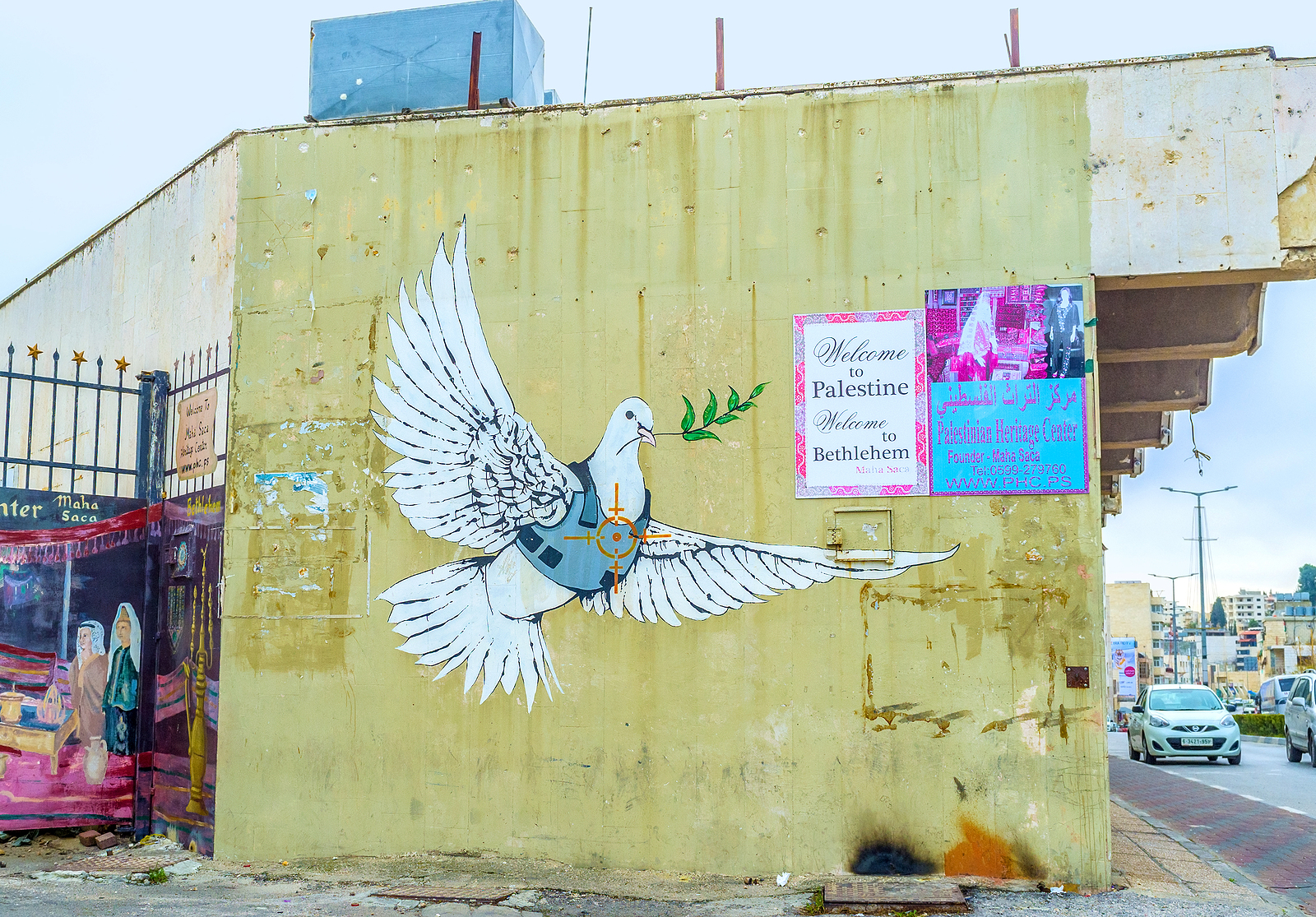 You might have seen “Flower Thrower” before. It depicts a Palestinian man who is about to throw a bouquet of flowers. You can find it on the wall of the service station at Ash Salon Street in Bethelem. 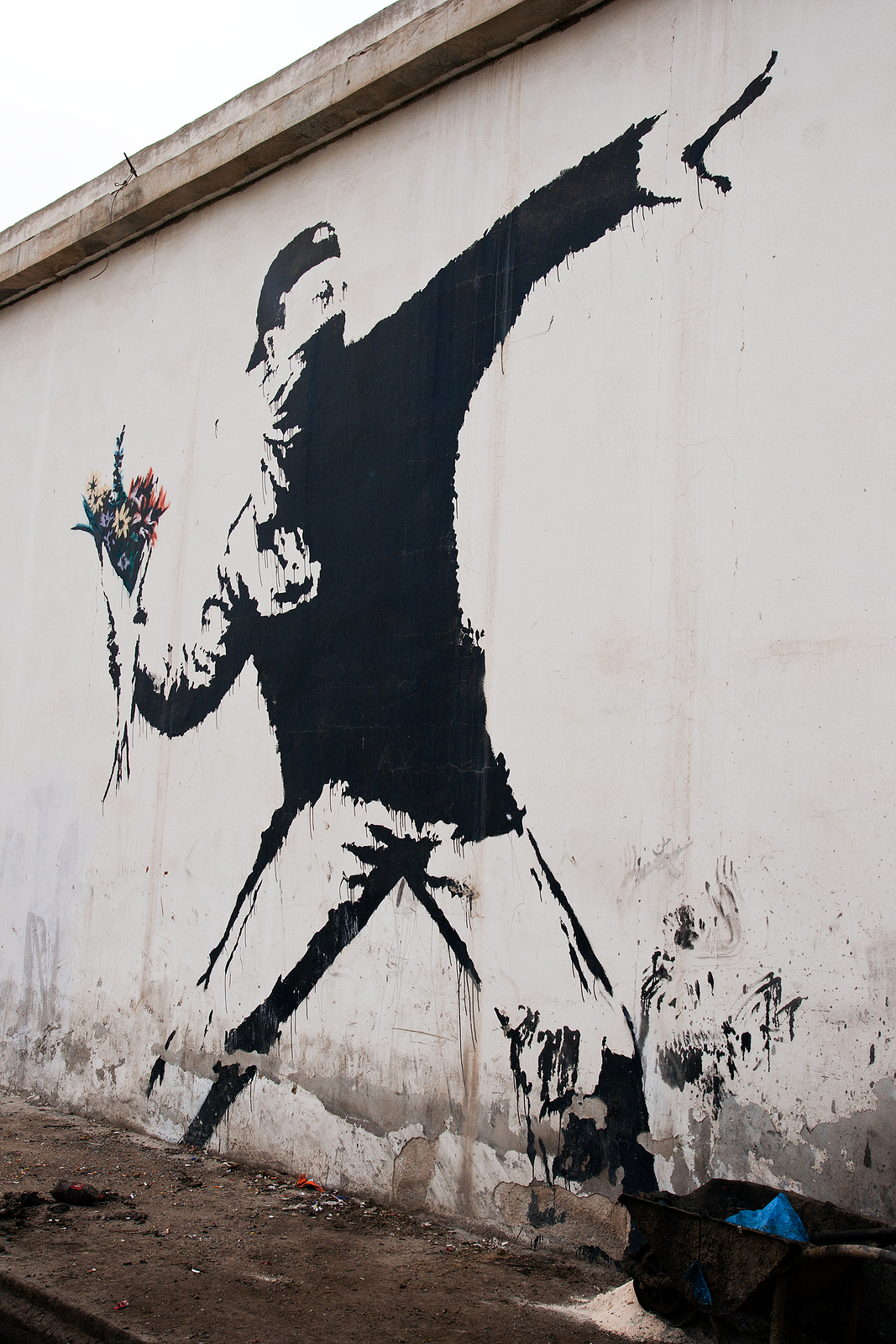 If you want to see more Banksy in Bethlehem, you may visit the Walled Off Hotel, an entire boutique hotel designed as a separate installation that you can enter and explore from inside. Also, do not forget that Bethlehem is full of other graffiti artworks that you can and should see by any means!