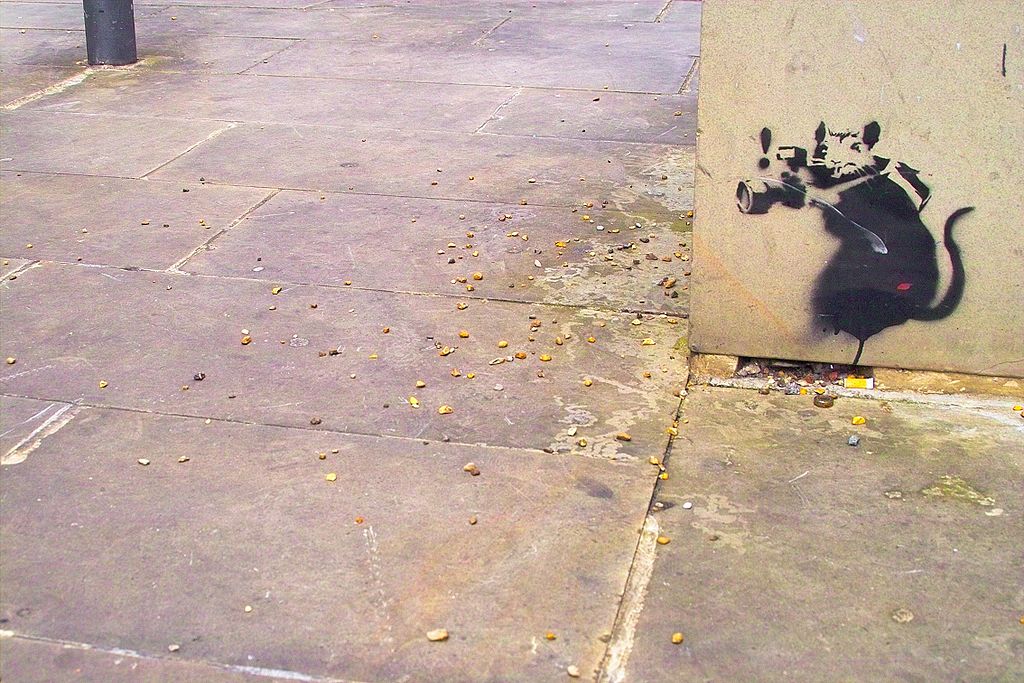 Another day, another piece of interesting news. It has been recently stated that one Banksy original rat graffiti was painted over by Christopher Walken during the shooting of the TV show The Outlaws. It wasn’t, though, an attempt to mock the iconic contemporary street artist. Official Banksy sources confirmed that the anonymous mural painter sprayed his trademark rat on a wall specifically for the set. That’s how he left the mark, a sort of Easter egg, in the final episode of the show.

The Outlaws is a comic crime thriller directed and created by Stephen Merchant. The story goes that seven different strangers are strained together to complete the community payback sentence in Bristol, England. Suddenly, they discover a bag with a lot of money. After that, their lives start to change, but they are not yet unaware that the bag belongs to dangerous people. What does Banksy have to do with that?

The character of Christopher Walken painted over Banksy original rat graffiti while cleaning streets from other graffiti. According to the plot, the supervisor of the minor criminal doesn’t recognize Banksy’s artwork and makes him destroy it. Some viewers might have thought that a small wall painting only resembles or alludes to the street art of the world-famous artist. However, as it turns out, the piece was real, meaning that the actor destroyed the original work of art.

The collaboration between Banksy and The Outlaws was confirmed by @banksygrossdomesticproduct, one of Banksy’s Instagram accounts. While the motive of such actions still remains to be discovered, it is fascinating how Banksy art is being popularized by the entertainment media. Banksy original rat graffiti bears important symbolism since street rats have always been the focus of the street artist.