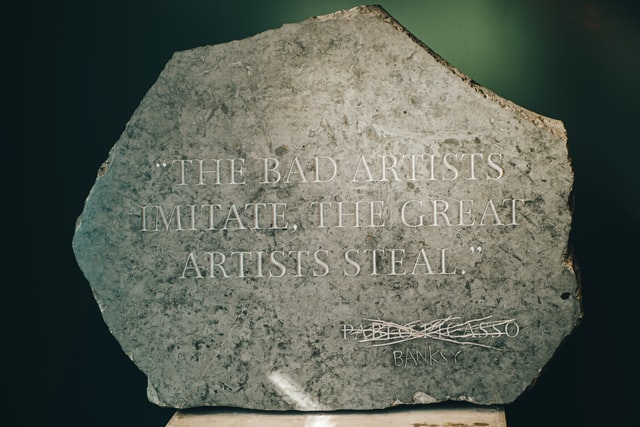 Who would have thought two decades ago that an anonymous street artist from Bristol would become an icon of street art? Without exaggeration, Banksy is omnipresent. His works are auctioned at Sotheby’s and Christie’s, his name is featured by the most prominent newspapers and magazines, while his art has achieved global recognition. In other words, Banksy has grown into a cultural phenomenon, but there is one question that bothers many Banksy fans. Is all Banksy art just a brand?

Is all Banksy art just a brand?

At first glance, the question bears no significance, but there is a certain dilemma that can disturb people who follow Banksy and support his ideas and art. The famous street artist is known for his insatiable desire to mock the flawed political systems, corrupted societies, and greediness of ordinary people leaning toward hedonism. In this light, the word “brand” plays a special role.

The mass market is ruled by leading brands, and sometimes, people become excessively dependent and thus suffer from consumerism. It is the consumerist culture that is often harshly criticized in all Banksy art. At the same time, the urban hero also makes money by selling some of his art, books, and films, which is completely normal. But the crux of the matter lies in the emergence of the brand called Banksy. And people do rely on it and become loyal to the image of the street artist. Sounds bad, but is Banksy a real brand?

Technically, yes, Banksy is a brand attracting a massive number of people. In theory, though, it does not qualify as a full-fledged brand since there is little or no information about the true identity of Banksy and hence his income. All in all, it makes Banksy and all Banksy art a weird type of a brand powered by street art enthusiasts and just people following the trends. One way or another, it does not make Banksy art any worse, does it?