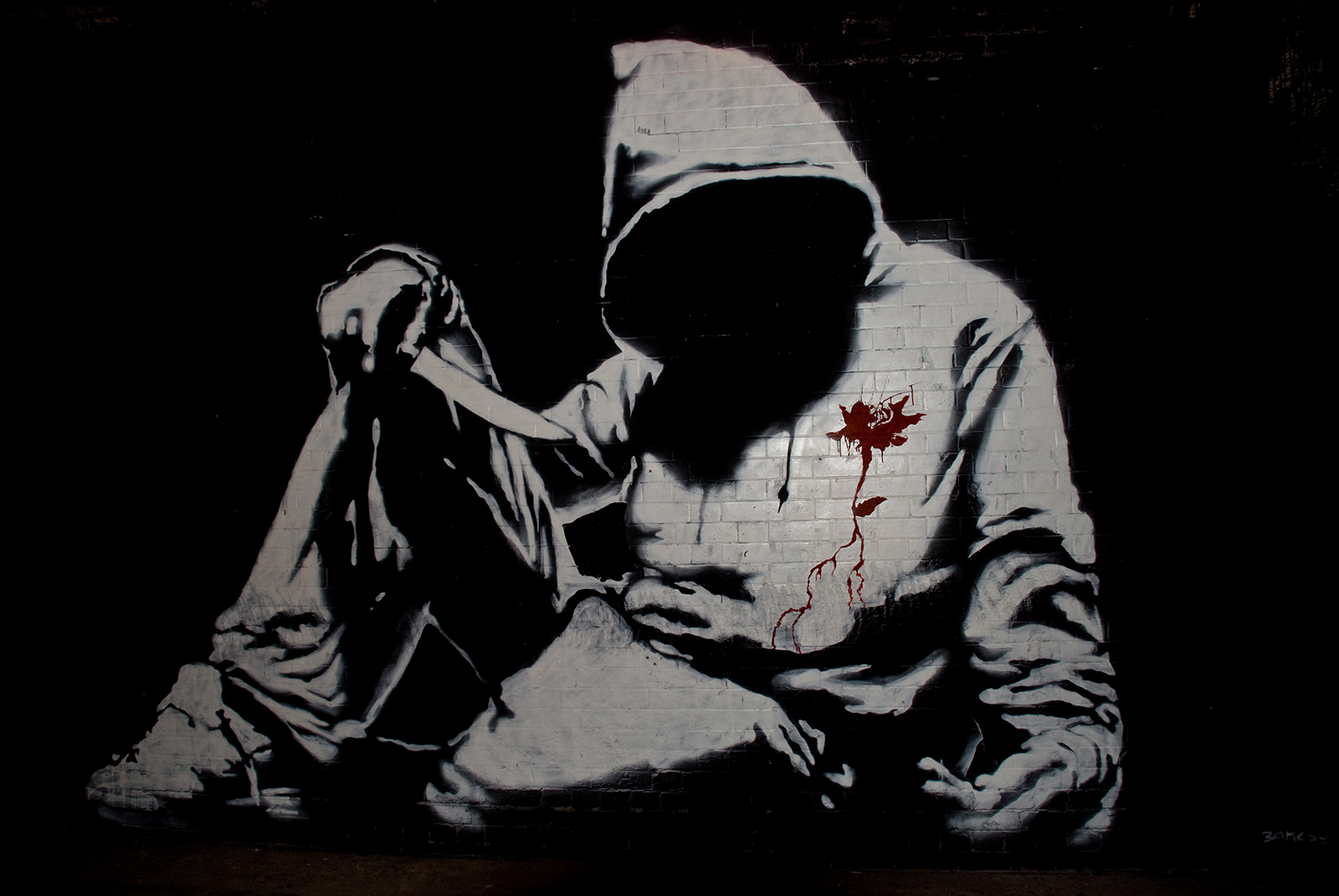 For most people, Banksy is known for his evocative street art. The anonymous graffiti artist comes across as a contemporary legend whose deeds are revealed through his wall paintings. However, those who dive into the life and work of the graffiti legend knows that Banksy is quite a multi-layered artist with an aptitude for creating paintings, making art installations, and directing films, among others. Speaking of the latter, the latest Banksy film “Banksy & The Rise of Outlaw Art” has recently caused a stir due to the rebel painter’s flamboyant activity.

Banksy & The Rise of Outlaw Art: The Latest Banksy Film So Far

First and foremost, let’s set the record straight. It is not the first Banksy film that the world has seen, nor is it the film directed by Banksy. As a matter of fact, the artist is believed to star in the movie. “Banksy & The Rise of Outlaw Art” was premiered on February 18, 2020. Unlike his other acknowledged masterpiece “Exit Through the Gift Shop,” this year’s film was directed by Elio Espana.

This Banksy film is purely documentary. It contains a gallery of real characters, including artists and authors Felix Braun, Ben Eine, Alan Ket, Richard Jones, and others. Each of them contributes to the story and plot, sharing their own ideas with the viewer. Well, if you are looking for exclusive facts about Banksy and his biography, this is it. The movie sheds light on the story behind Banksy. Though we are not given some specific or straightforward facts, we are told about how such a successful phenomenon once occurred and developed.

Much has been said about street art as a full-fledged art movement. As we know, Banksy has revolutionized the modern perception of graffiti painting and breathed life into street art. Overall, the film is worth watching, especially for those who are keen to know more about the most-wanted graffiti artist in the world.