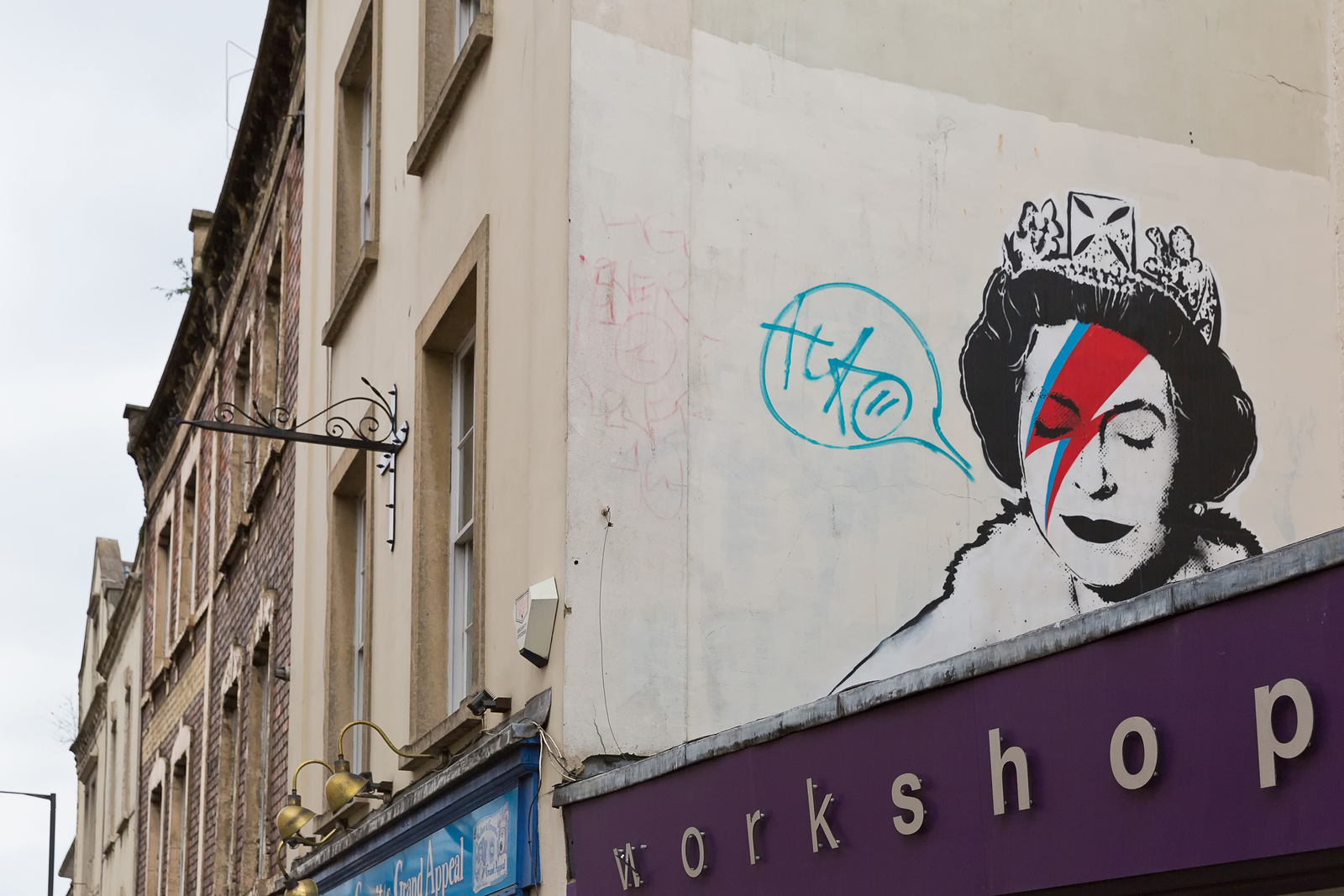 He is an anonymous artist, whose groundbreaking street art has shaken the spectators around the globe, and who is keeping both art critics and politicians on their toes. Do you still have no clue about Banksy? It is high time to catch up and get yourself familiarized with this eccentric figure!

It is believed that at the beginning of his artistic path, Banksy was a freehand street artist, one of Bristol’s DryBreadZ Crew. The breaking point took place when the group of street artists had to flee from the ‘scene of the crime’ after being taken aback by the police. Hiding behind a dump truck, Banksy was thinking frantically of how he could improve his art technique to avoid that. Thus, the stepping stone for Banksy’s brand – the notorious stencil technique – was born.

As children, we all are sometimes fascinated by the magic world of fairy tales, cherishing the idea of stepping into the shoes of their characters. It is likely that Banksy’s favorite character is Robin Hood. Today, he plays the role of a secluded defender to the victims of mass consumer culture, using the power of art. Whether it is Dismaland, the strangest amusement park with fake checkpoints equipped with X-ray machines, or “Napalm Girl” inspired by Nick Ut’s Pulitzer Prize photo, the one thing is clear about Banksy – his silent protest can hardly be muffled.

Even more controversies about Banksy

It is not a secret that Banksy has a penchant for pranks. Mona Lisa with a smiley face at the Louvre and self-shredded “Girl with Balloon” created right during Sotheby’s London auction are just some of his most notorious heritages. There is one more jaw-dropping fact about Banksy, involving the royals. Back in 2004, Banksy printed a bunch of spoof banknotes, replacing the picture of the Queen with the one of Princess Diana.

The example of Banksy proves once again how valuable the truth without embellishment is, especially in art. The best thing is that we do not need to know the artist’s real name for this relish.