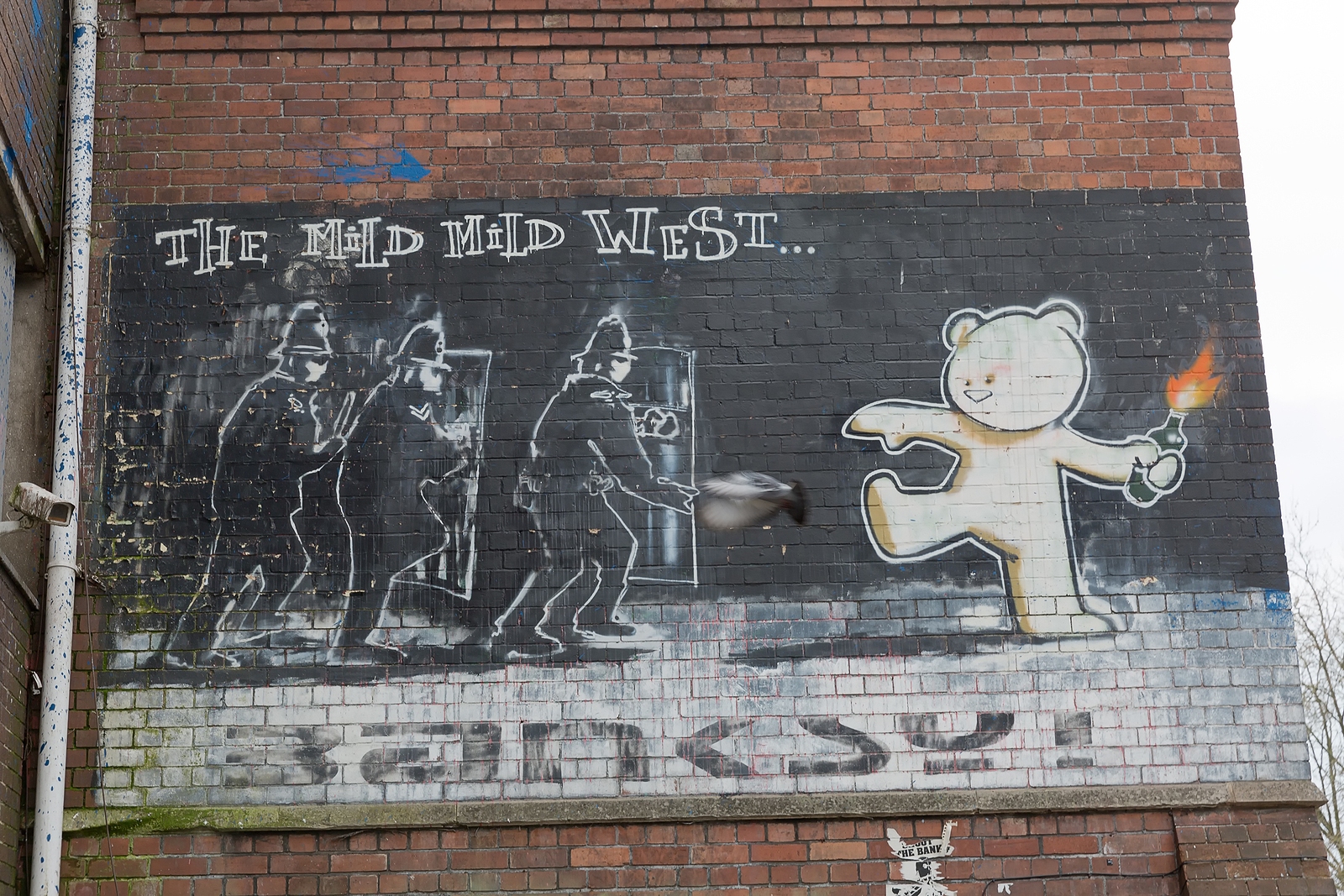 Banksy has made history as an anonymous contemporary street artist whose controversial and evocative murals can be found around the world. His every artwork is full of impressive imagery, capturing the attention of millions of people. However, people love the Bristolian legend not only for his vivid allusions but also for his social and political context masterfully integrated into the art. Some would find such poignant half-hidden commentary impertinent, whereas others would claim it the most germane message to pay heed to. So what is the meaning behind Banksy’s art, and how should it be understood? Let’s spare a few minutes to get to the bottom of this question.

The meaning of Banksy’s art

Roughly speaking, there are two major types of meaning that works of art can carry: hidden and literal. Be it a painting or mural, it may pose either as something self-evident and not requiring further explanation or as something having a metaphorical connotation.

With Banksy, it does not work that way. He is one of those creators who leave a hint for a viewer so that people could get his art right. Banksy’s art is half-hidden in terms of meaning, which explains why it is limited in the possible explanations.

How to understand it?

There are no guidelines to help you with this; despite that, one peek into the artist’s philosophy would be enough. Banksy is a street revenger who has no desire to tolerate with omnipresent absurdity. His murals cover a range of issues, from anti-consumerism (Shop Until You Drop) and anti-war to questions of anarchism (The Mild Mild West) and human vices (Naked Man).

Banksy shows how irrational and animalistic human behavior may be and how draconian today’s societies are toward people. Finding a message is the least people can do. The real key to understanding Banksy murals is knowing how to extract a lesson from his art and bring it into reality so that the artist won’t find a reason to create another notorious masterpiece.