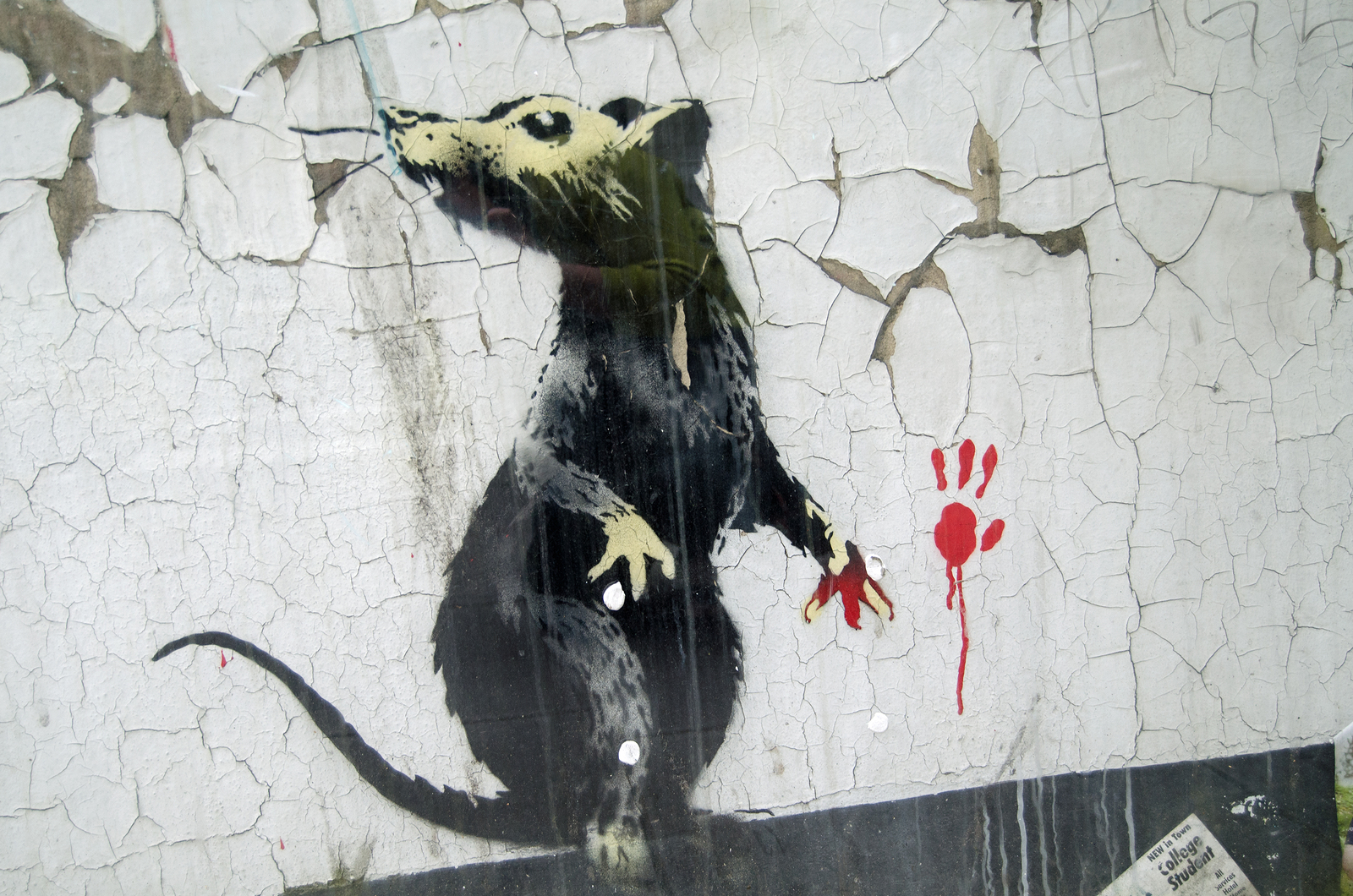 Contemporary art is nowhere near as other periods in the art world history. Never before has humanity seen such a comprehensive variety of styles, forms, techniques, and artists at the same time. Every generation has its heroes. Contemporary art has its anti-hero, and that is Banksy. No matter what hatters say, the England-based street artist has already become a legendary figure for the whole epoch and a cornerstone of changes in the hearts and minds of millions. So, who is Banksy, and how has he changed the world of art for good?

Banksy – A Street Artist Without a Name

Though Banksy made a name for himself as a second-to-none street artist long ago, the real name and identity of a person standing behind the pseudonym remain unknown. Whenever we are talking about Banksy, it is not about who he is but rather what he is. In this regard, he has become a beacon of the protest and a flagship of criticism against social and political woes of the present-day world.

Banksy Murals – Art With a Message

What is so distinguishing and novel about Banksy art? The very purport and merit of his murals are how beautifully they are composed. Banksy has succeeded in finding a perfect balance between visuals and the content of an artwork. By content, we mean the incentive of creating a piece of art and the message incarnated therein.

Banksy’s art comes across as controversial because the objects of his criticism are not yet ready to come to terms with what his art conveys. Full of satire, sarcasm, dark humor, and indignation, his graffiti artworks reveal a realistic view on the current affairs worldwide by criticizing the war, massive poverty, consumerism, blind ideology, absurdity, and other evils of people’s minds and hearts. Banksy is a breath of fresh air and the cure against bigoted subjectivity. Embrace it!