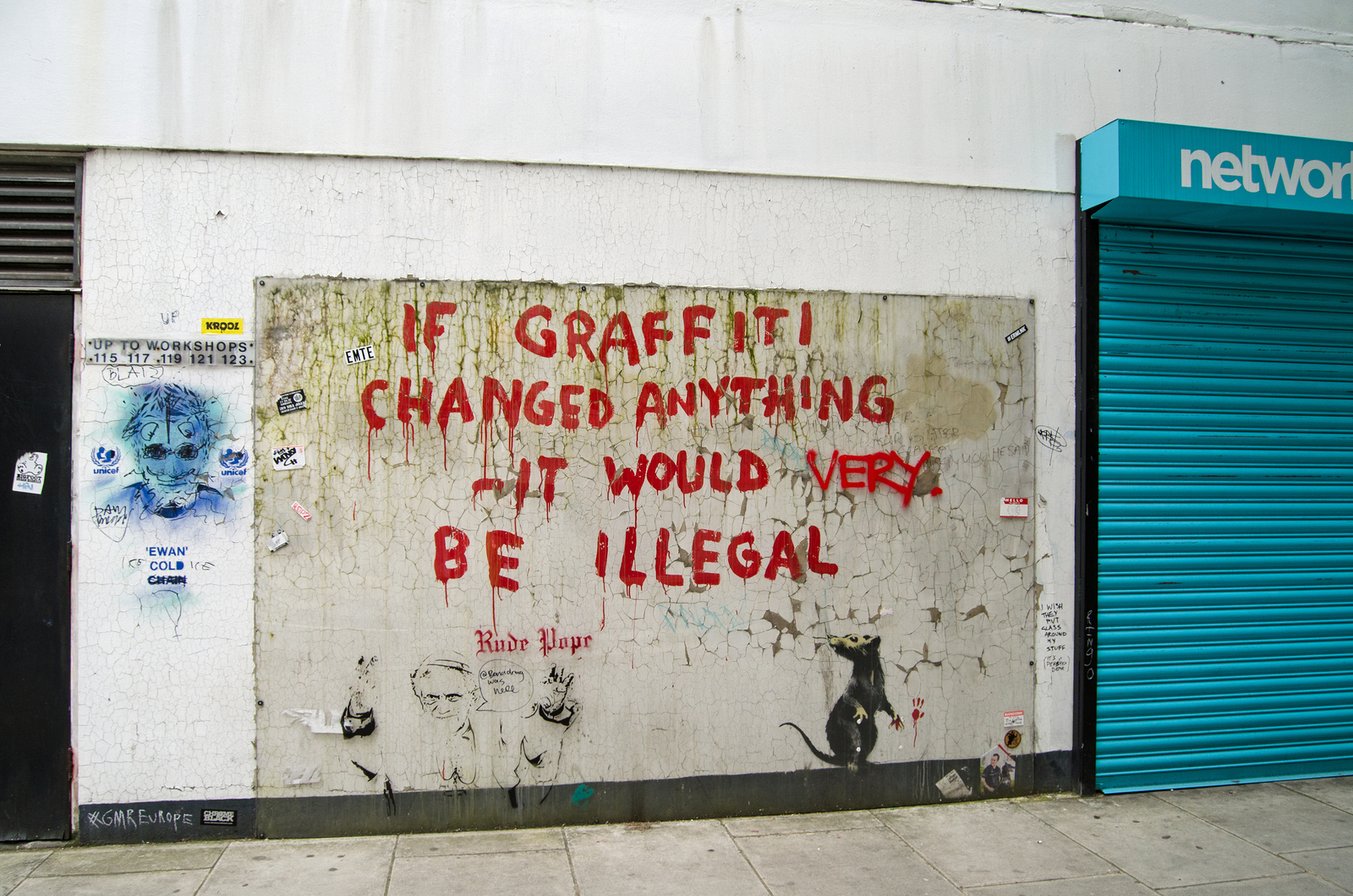 Words are some of the most powerful weapons available to humans. Depending on how you use them, they can create or they can destroy. Many prominent artists – street artists in particular – are known for coining their own “words of wisdom,” which later become their catchphrases. Banksy is a classic example. Thanks to the Internet, Banksy quotes have long become immortal, and yet many people still cannot recognize them as his.

To repair the injustice, we have collected the five most viral quotes that are worth memorizing. They are clever and can teach you a thing or two.

#5. “If graffiti changed anything – It would be illegal.” That is how Banksy reacted to the incarceration of street artists Revok and Invader in LA in 2011. Also, he poses a question about the legality of street art.

#4. “Society gets the vandalism it deserves.” This quote sounds more like an explanation of why contemporary graffiti art is an overtly political act against the established system.

#3. “A lot of parents will do anything for their kids, except let them be themselves.” For better and for worse. Here, the elusive artist criticizes overprotective parents who control their children’s lives and do not let them make their own decisions.

#2. “A lot of people never use their initiative because no-one told them to.” This is a superb quote about how accustomed and reckless people have become nowadays.

#1. “There’s nothing more dangerous than someone who wants to make the world a better place.” This is one of the most memorable Banksy quotes. Apparently, it is the reference to all those people who start wars for peace in the world.

One of the most intriguing facts about Banksy is that he has a series of self-written books. Some of Banksy quotes above are taken from them, so if you want to find out more about Banksy’s philosophy, you should pay attention not only to what he paints but also to what he writes.